Open a WSL terminal and run:

Follow the steps in Customizing .ssh/config and set up Sharing sessions over a single connection and Host alias. Leave Multi-hop for later when you need it but do keep in mind of this option.

Windows Subsystem for Linux (WSL) is a compatibility layer for running Linux binary executables (in ELF format) natively on Windows 10. This means you can download an executable compiled for Linux and run it unmodified under Windows. You can also use `apt install` to access the repertoire of all Ubuntu packages. You can also install a different distribution such as Fedora and openSUSE via Windows Store.

Since WSL does not currently support X11 and Unix sockets, which DBus uses by default, we need to do the following:

Install packages from the command line

It is impossible to set different permissions for user and group, if group is set to None. To change this, simply set a valid group:

This software is needed if, for example, you want to pip install ipython[notebook]. As of 2015/01/08, you have to first install zeromq separately. Follow the “To build on UNIX-like systems” section, but you don’t need the build-essential and uuid/e2fsprogs packages.

To compile zeromq, you need to apply the hacks here. Basically, force libzmq.la to compile as C++ library:

Then you will need to create a shared library manually following the suggestions here:

Then you can install ipython or do pip install pyzmq.

The following online resources contain files which can be downloaded for interactive viewing either from a stand-alone visualization software or viewed from the website as a Java applet.

ParaView and VisIt are two general purpose visualization tools, which support volume rendering and other advanced techniques. VTK is an open-source C++ library for 3D computer graphics, image processing and visualization, and has several interpreted interface layers including Tcl/Tk, Java, and Python. VMD is a very popular molecular visualization program.

When reading in a simulation snapshot, VMD will try to determine the bonds between atoms. Sometimes it will draw bonds where they should not exist and at other times it can also miss certain bonds. Use the pickbond script from VMD Script Library to add/remove bonds.

Sometimes you will want a particular molecule to be at the center of your system while your movie file has it always at the boundary of the simulation box. Suppose the simulation box is cubic with sides of length 32.0, and the molecule of interest is at (16.0, 32.0, 0.0), you can do the following:

If you ever want to work from home, connecting remotely to your computer is a must. In order for things to work the way you expect, you need to keep a few things in mind.

You can set up machines to which you have SSH access as Internet proxy via SSH Tunneling. This is useful for journal/database services which are restricted to university IP addresses. 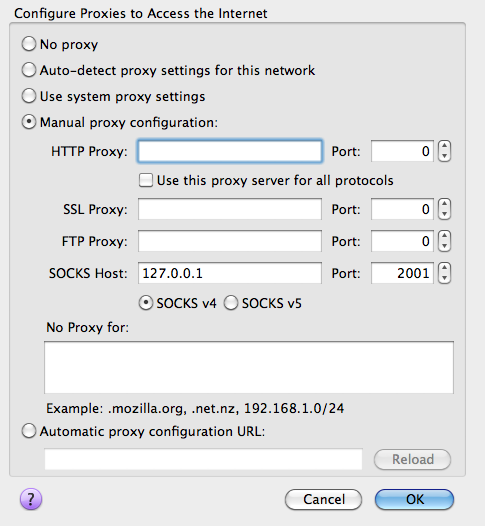 To avoid having to enter a password every time you SSH, you can use ssh-agent, pageant from PuTTY or gpg-agent.

On Windows, simply use PuttyGen from PuTTY to generate a SSH-2 RSA key.

This will export a few environment variables so that tools such as ssh know where to request keys.

On Windows, use Pageant to serve keys. Many other software tools (i.e., WinSCP) know how to use PuTTY keys too. You can also create a shortcut to launch PuTTY immediately after adding a key:

This solution replaces ssh-agent + keychain, and will require Pageant to be running.

GnuPG is an encryption and digital signing software package used for emails (i.e., Mailvelope or Mymail-Crypt for GMail, and EnigMail for Thunderbird), signing code, etc. It provides its own key daemon which can be a drop-in replacement for ssh-agent + keychain and Pageant.

The following specifies that a passphrase is remembered for 57600 seconds (16 hours) from its last usage so you don’t need to enter it again if you are actively working and making connections. The passphrase will however expire at least once every 999999 seconds (~ 11.6 days).

Then start gpg-agent and import existing SSH keys via ssh-add:

It will first ask you for the passphrase to decrypt the private key, and immediately ask you again for a passphrase to encrypt and store it with gpg-agent. This step needs to be run only once, and gpg-agent will remember the authentication keys across sessions. In addition, gpg-agent itself will be started automatically due to /etc/X11/Xsession.d/90gpg-agent. When a program needs to authenticate, gpg-agent will prompt you for the passphrase if the key has not been cached.

then start gpg-agent and import existing keys as above. Unlike in Linux, the environmental variables are not set up automatically, so you need to do or add the following to ~/.profile

PuTTY, WinSCP and other programs should then be able to authenticate as usual.

Sharing sessions over a single connection

Add the following to the end of ~/.ssh/config:

If you would like to be able to ssh hostA instead of ssh userX@hostA.dept.univ.edu, add the following to ~/.ssh/config:

This quickly becomes cumbersome, especially if you use scp or rsync too. Automate it in ~/.ssh/config:

You can then simply do: ssh mesabi.

This step needs the hardware token. Now on other computers you use, add to ~/.ssh/config:

after which you can ssh cascade without needing the hardware token. It will connect to very.secure.system via port 1322 at long.running.system. However, ALCF’s machines have disabled authentication by SSH keys, so this method will not work there.

If you want remote desktop functionality, there are a few options. NoMachine and TeamViewer are so fast that you can even stream HD videos over Internet.

Mac OS X does not have native kernel support for the ext2/3/4 file systems used by most Linux distributions and the NTFS file system used by Windows. MacFUSE, OSXFUSE, and Fuse4X are loadable kernel modules for Mac OS X based on the GPLed Linux module FUSE, which provides a “bridge” to the kernel interfaces and allows file system code to run in user space. fuse-ext2, NTFS-3G for Mac OS X, and NTFS for Mac OS X are file systems built on top of FUSE.

Below is a list of the different papers that make up the TraPPE (Transferrable Potentials for Phase Equilibria.) force field, along with some information concerning what types of molecules are treated.